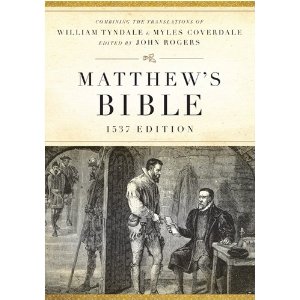 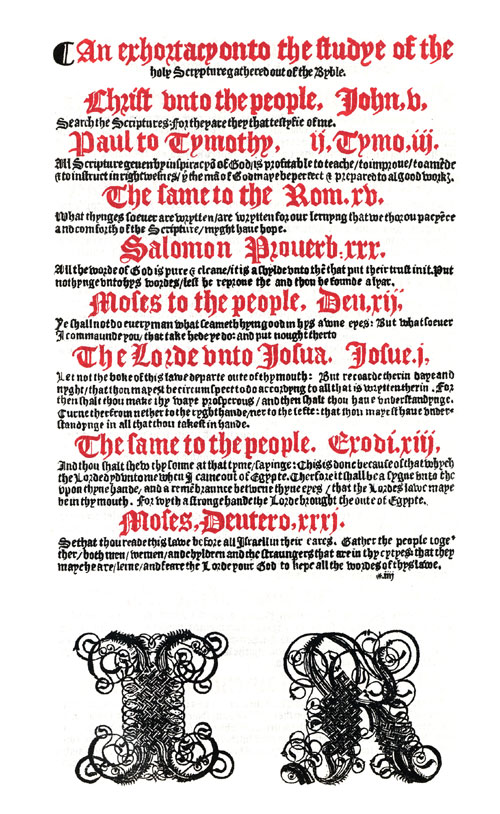 [Source: Joseph Lemuel Chester, John Rogers: the compiler of the first authorised English bible, the pioneer of the English reformation and its first martyr; embracing a genealogical account of his family, biographical sketches of some of his principal descendants, his own writings etc. etc., London: Longman, Green, Longman, and Roberts, 1861.]

2. Which Bible had the king's license first?

4. John heard the voice of God

7. John sided with the Bible and married.

8. John brought the wealth of the Bible to the common man.

9. John added over 30 pages of introductory material that rapidly brought the public up to speed regarding what the Bible did and did not teach.

10. John added numerous side notes throughout the entire Bible.

12. Subsequent Bibles used the Matthew's Bible as the de facto Bible to improve upon. The marginal notes however were left out until the publishing of the Geneva Bible.